Halaqa literally means a ring, like the ones all girls yearn to have on their fingers. However, this word was adopted to mean an Islamic gathering in which the Quran and other aspects of Islam are discussed. So I guess we would call it a study circle.
This activity dates back to the earliest days of Islam when the prophet(PBUH), called unto people secretly. They would meet up in individual houses to be taught about the revelations, discuss their challenges and how to overcome them. In fact, it is through these that some of the great servants rose. One such notable figure is Musa’b ibn Umayr.
It is to that background that the MUMSA adopted the haraq with objectives stretched from the afore mentioned ones.

THE STRUCTURE OF THE HARAQS

A GUIDE TO THE MUSLIM UNIONS 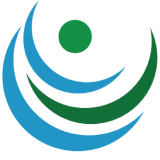